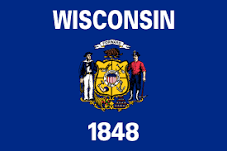 The genealogical data are those available in the archives of Lignières and the State of Neuchâtel, supplemented by information received mainly from Rose (RKKD123@aol.com) and Anne Morton, Head, Research & Reference, Hudson's Bay Company Archives.

The informations I have seem to indicate that this family went to the Wisconsin from Red River. It remains to find the descendants of Charles Louis Junod & Marianne Sophie born Monnier to confirm it.

From "Card index to the early church of England registers"

If a child was born to Charles Louis and Sophie during their presence and as members of the Reformed Church, they would normally have baptized these children to the mission of the Anglican Church. (The only alternative being the mission of the Roman Catholic Church).
No trace of Junod or Janot.

To check if they had returned to Europe during those years. Their names do not appear on the passenger list. (HBCA, C.1 / 799-800).

It is possible that the Junods were among the 13 families that left the settlement of Red River to go to Missouri in the spring of 1823.

Having failed to reach any descendants of this branch to Charles Louis, I am of course very interested in receiving additional information or a proposal for reasonable help. Thanks to contact me.