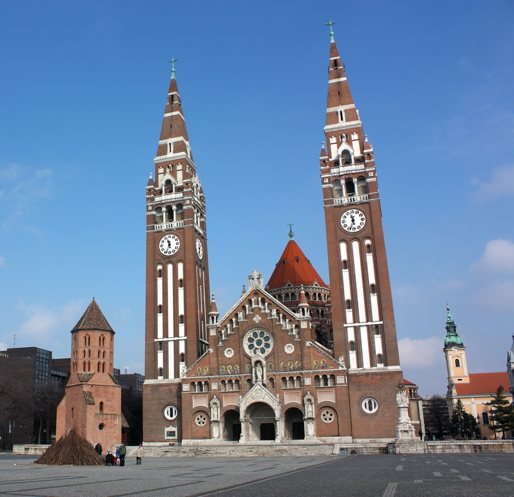 The letter reproduced below comes from a photocopy that was given to me by Julie & Terence Buckaloo of Illinois, USA while they were looking for the links of their family with Neuchâtel.

Julie is a descendant of the Hettenkemmer family that we are talking about here. She can be contacted by E-mail (if still valid).

I wanted to share this letter with you even though there are no links with the Junod as it gives some insight on the living conditions of our young girls or women, sent as servants, governesses or teachers in wealthy families in Eastern countries.

From her letter, probably written to her sister Rose, Catherine was found to be a teacher - a common occurrence at her age (19).

The family name is said to come from an estate on - and belonging to - the municipality of Lobbach, about 15 km north of Eschelbronn.

Johann Georg arrived in Valangin in 1841 as a boarder.

Notes: The words or phrases in (parentheses) are comments from me and do not appear in the original letter!

It is with inexpressible joy that I received your letter; what makes me even more pleasure is that you could place our dear Julie. I would also like to be able to do the same with Elise; there is a house where one would like to have her : it is with a doctor.

This winter she gave birth to a boy, well! She did not just want to take a night light, fearing that it would cost them too much. There were only the two maids who were very busy. So finally that's how it went: a lady, whom I know went to her house to visit and had to bathe her child because there was no one there to do it.

There are 4 children, 2 boys and 2 girls besides the little one, and these children only receive milk for their supper and then the lady goes to the hotel, the restaurant, with her husband for supper. So Elise would have to stay at home every day, all alone.

Finally I tell you, I do not want to send her here, and at the same time, as I do not want to stay longer it would be a pity for this short time. My time ends on April 17, 1867. There is only eleven months left, so I will be delivered from my slavery.

But hope that God will help her and me to be happy. I do not want to go home after this time because I will not have enough money. Now I do not have a penny left at Madame's, I've already spent everything, I will have to do some cleaning to get some money.

My dear sister, it seems to me that in the last letter I wrote I did not tell you that Madame went to Pesth, but I had not told her that her mother died; when she came back she brought me a black silk belt with a mother-of-pearl buckle.

But if you knew how she has been since she came back, she is stingy, mean, obstinate, she gives me so much trouble, for the least bit of nonsense she says to me: "verfluchte Seele, sie sollen krepiren", etc. : such expressions, imagine ! A woman who never goes to church when she is invited to a wedding, for fear of spending a few guilders, because among the Jews, people have to pay their place if they want to go and they are very expensive. But let's leave that because it's not worth thinking about such baseness.

My dear sister, you will forgive me because I have delayed writing to you, but when I tell you the cause you will not be angry again. I got a cold a good fifteen days ago, maybe I say because I do not know when it was but I think it was Ascension day, it was a very nice warm weather, I put on a pretty Barège dress, with a lace shawl, I went to the Park with one of my Swiss friends, I had fun because there was music, I sweat a lot, I was so damp, at half-past seven in the evening I got home, took off this dress and put another one to go to the Promenade after dinner.

So I shivered, I told Irene that I was cold but also hot the next day. I started to cough so much that the chest was extremely painful, I did not teach for 10 days until at Pentecost, I shivered, creaked my teeth, on Saturday the children asked me to go for a walk, I did not want to, but finally I dressed with a lot of trouble, but I got a little warm by the movement.

The next day, Sunday, I received from Floren's mom (?) A pretty white hat trimmed with bluets, and blue tulle that suits me so well, with my blue scarf dress, I went after dinner to thank her. I stayed until seven o'clock, and as I was already getting better, and staying in the most beautiful and busy street of Szegedin, I looked out the window, it rained; there was a draft, I unfortunately got colder and colder. I went home quickly and only exchanged a few words with Madam.

She went out with Monsieur for supper and I did not take anything because I could not breathe; I spoke only by signs, that my bed was made for me, that the servant girl pur Irene to sleep because I could not stand anymore, I quickly went to bed, but then I suffered; I prayed God in my heart, for I could not speak, that he did not let me die yet, that he still keeps me for you, my dear angels, my most precious treasures, even though I would have liked to die in a sense, for I am sometimes melancholic; Forgive me this thought, but it takes hold of me sometimes.

God be praised I am better, I still cough, but my ailments are alleviated, I had a strong flu. If you knew how much more my thoughts were towards you my good sisters, I assure you that it is with tears that I write to you because you become always more dear and more precious to me.

My dear Rose, it is so cold these days that the world is going with pelisses, now that at Pentecost we should already wear white dresses, the peasants already complain; it is a very cold rain and as the trees have already bloomed in the months of March, the snow was still on the ground, now the fruits are growing, so this coldness freezes them, they say that it will be lost, while we would need them so much now, especially since there will soon be war; there have been sad sights here at the fortress, many soldiers are sent to Austria.

They recruit massively. Men who have already served their 10 years, who are married, are fathers of several children, who must return, leaving all their families. When they were in the fortress to be visited, their wives and children followed them, and as they all had to leave for the war, there were tears, lamentations, it was necessary to beat the drum not to to hear these complaints, it was a dreadful sight.

They left during the night with the train. These women followed them with their grandchildren who were crying so bitterly. Finally, may God help them all to see again their abandoned families; not one soldier will be left in Szegedin, I tell you, it is a great misery, everything becomes more expensive, food and everything.

I think that in Switzerland everything is up, as Monsieur tells me, the Genevans fear that France will take their canton; in Ticino they fear that Italy will take them. Finally, soon all Europe will be quite upside down; the Neuchâtelois may rejoice at having driven out that king of Prussia; Monsieur has told me many times how the Austrians rejoiced when they heard when the Prussian king had been removed, who they cannot stand, a small piece of his territory.

Finally, may God help us to bear all the evils that are still going to fall on us, because humanity deserves them, it is so mean, cruel, impious, that as the Lutheran pastor of the Pentecost said last Monday in German, we must change the heart of man, which is of stone, in a heart of flesh; this dead, cold, insensitive heart of man must be changed into a heart of living, warm and sensitive flesh.

Oh my dear sister, forgive the mistakes I made but I'm so distracted again, because I saw my dear Gustave passing by today, and I followed him with my eyes until he I could not see.

I end my letter to you to write a few lines to Julie.

Your very devoted sister who loves you so much,

(On the sides of the letter):

My dear sister, pray for me as I pray for you and may God bless you and help you in your love, protect you from these terrible moments that I spent. Farewell, goodbye, kiss Julie for me who would love to do it personally.